“Should we just pull out of the deal? If we don’t own the IP when we complete then what are we actually buying?”

Bevan and I had to ask ourselves these questions when we were going through the acquisition process of Start.Biz. The business had been trading in one form or another for 36 years when we acquired it. Its core offering was to protect other business’ Intellectual Property and yet when we came to buy it, we realised that it hadn’t taken the necessary steps to protect its own. Could this situation have been more ironic?!

The brand that the business was trading under had been in operation for over 30 years and was synonymous with the trading activity of the business itself. Whilst we had valued the business based on a multiple of profits, we were acutely aware that we were inheriting a ready-made brand with customers who had been loyal to it for decades. So, without owning the IP, we were putting ourselves (and our families, homes etc) at massive risk by completing on a transaction and potentially buying thin air.

For a variety of reasons (legal and organisational), we were in a situation six weeks before completion where we were totally unclear as to who owned the Intellectual Property.

This matter only came to light as a result of our Due Diligence – up to that juncture, the Sellers believed that any IP was owned by the business. As a result of our questioning, we had identified that there was a third party who had made claim to owning the IP and was demanding hefty sums of money to release any claim to it.

The acquisition had been rolling on for nearly seven months when this came to light and had been a rollercoaster mainly driven by financial challenges; the last thing we expected to potentially scupper the deal was one surrounding Intellectual Property. As we didn’t own the business, we couldn’t take the case on and so we had to work with the Sellers on overcoming this challenge.

We were at an impasse, as we didn’t want to buy a business that didn’t have ownership over its name, brand and goodwill; whilst the Sellers were not prepared to sell as had they done so without this being resolved then they would have breached the legal documents associated with the transaction itself.

The price of victory

Thankfully, our Sellers had been around the block and were savvy enough to have retained copies of all documentation and notes/recordings of verbal conversations held. As with all things though, resolution came at a cost…. The legal fees associated with successfully concluding the matter were over £10,000 and delayed completing on the deal by more than two months.

We had finally overcome our last hurdle albeit we were poorer, a bit more stressed and with some more grey streaks in our hair!

Most importantly, we were able to buy the business and focus on driving it forwards rather than being laden down with legacy issues that would have hindered our growth and profitability in the first 12 months after we owned Start.biz.

Peace of mind and ultimately an ability to reap the rewards of a lot of hard work.

IP is often sold on the basis of fear when it should be sold on value. Now more than ever, brand identity and messaging are critical in generating goodwill and market value for businesses. Protecting IP preserves a business’ value and all of the blood, sweat and tears that has gone in behind the scenes to make that happen.

In our case, had this matter not been resolved then the deal would have fallen through, and the Sellers would have been left with a business that they couldn’t sell having spent 36 years building it up. All for what should have cost no more than £500 – £600 to protect in the first place. When the stakes are so high, the question to ask is not “So what?” but rather “Why not?” 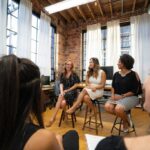 6 Steps to Take When Creating Your First Business Budget 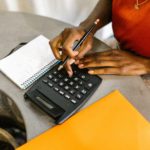 How to Check If Your Business IP is Protected from Competitors

How To Prepare For And Carry Out An IP Audit

CWRT is a FCA accredited organisation committed to supporting individuals, start ups and businesses in Coventry and Warwickshire and through its investment, creating a positive and beneficial impact upon the local community. We are a not-for-profit organisation based in Coventry and we receive funding from various organisations and local councils to enable our support to spread far and wide throughout the region. Our mission is to help people and finance businesses and we understand that obtaining business finance can sometimes be difficult.

Through our small and friendly team offer a hands-on and personal approach to each business we support, so to explore your options please do get in touch!’

Hayward wright helps clients remain compliant with current tax, business and accounting legislation . They provides advice that helps your business grow and personal wealth flourish. They help minimise the amount of tax individuals and businesses pay, through careful strategic planning and use of the latest tax reliefs.
LEARN MORE
ENQUIRE

Thursfields expert teams across an extensive range of legal sectors, will provide you with the advice and legal support to achieve your business objectives – growth, risk and protection. They provide

Stewart Associates aim to assist the development of our clients in all the traditional roles expected of an accountancy practice; accounts preparation, tax planning, tax compliance, audit, VAT and payroll for limited companies, partnerships and sole traders.
LEARN MORE
ENQUIRE

Penny provides Invoice finance includes factoring, invoice discounting and selective invoice finance. Get your invoices paid sooner, reduce bad debt and get tax deductible service with Penny. Unlike other types of invoice finance it allows businesses to pick and choose which invoices they want to raise finance against.
LEARN MORE
ENQUIRE

We believe in you

BCRS was established out of a desire to solve a very real access to finance problem for SMEs and, as a lender of social and economic impact, they are committed to creating and protecting jobs for local people. BCRS provide loans from £10,000 to £150,000.
LEARN MORE
ENQUIRE

Canoe supports business owners like you, whether you’re day one in your new Start-Up Business, navigating the challenges of running a multi-million-pound business, getting your business ready for a successful and profitable sale, or anything in between. Get Business Owner One to One Growth Coaching at its finest with Canoe
LEARN MORE
ENQUIRE

Credit Passport®, the Business Credit Score for SMEs, is a product of CRIF Realtime Ltd., a London-based Fintech regulated by the Financial Conduct Authority, Providing businesses with free and transparent real-time credit score to help maintain or improve their financial health. With over 10,500 banks, 600 insurance companies and 82,000 business clients in 50 countries, CRIF constantly innovates to harness the power of data and solutions, enabling its clients to streamline decision making and accelerate digital innovation.
ENQUIRE

Book your Free audit with us today!

Make an Appointment with us!

and get a Free Consultation from our experts